World's Only 'Real-Life' Link Between The Sopranos and Goodfellas

I’ve been taken for James Gandolfini ever since the release of his early film, True Romance. “Yeah, I See The Resemblance”, were James’s first words when we were introduced.

As Tony’s photo-double on The Sopranos , I drove his Cadillac Escalade in various scenes where you’d think he was behind the wheel. 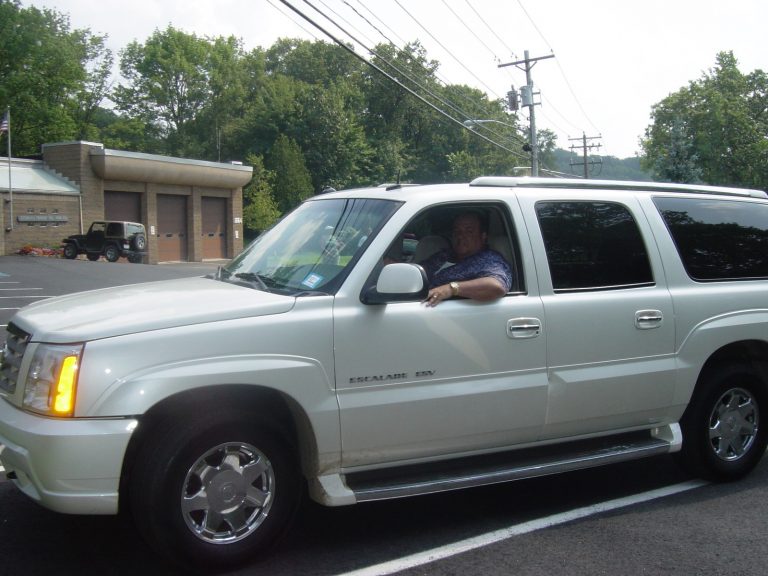 At a signing for her new book “Wise Girl”, Jamie-Lynn Sigler did a
double take when she first saw me. Autographing my copy, she wrote: “To
Donald, I almost was fooled – I thought you were Tony – All the Best,
Jamie”. Others personally acquainted with James Gandolfini such as the
in-house attorney for his acting agency in Los Angeles and Dominic
Chianese’s daughter also thought I was him at first glance.

I stand as the world’s only ‘real-life’ link between The Sopranos and Goodfellas. My after school and Saturday job
during high school was working at the real Maury’s Wig Shop portrayed in Goodfellas where I was the Maury’s Wig Shop equivalent of young Henry
working at the pizza shop ……. at the time of the infamous Billy Bats “Now Go Home and Get Your F**kin Shine Box” scene at Henry’s bar, The
Suite, which was right next door. Shining Henry’s (and often Jimmy’s, Tommy’s, and the rest of the crew’s ) shoes, go get lunch, serve drinks,
feed the parking meters, etc. was the daily routine.  Maury’s Wig Shop’s real name was “For Men Only” and did regular men’s haircuts in addition
to the selling and servicing of hairpieces. Maury’s second in command, John, known to the customers as Danté, took the business over around the
time Marty (Maury) was killed. He was a true Liberace look-alike, though he never worked as one. He kept the shop up for the next 27 years or so
and in all that time was the only place I ever got my haircut. My computer skills came into play in the latter of those years as I
developed a system to run the salon: point of sale, tracking customer hairpieces, etc. I appropriately named the application “Maury’s Wig Shop”.

I’ve been a member of the personal computer industry since its inception in 1979 and went into private consulting in 1985 as a software designer and developer. For 3 years following 9/11, I was part of the World Trade Center Disaster team at the New York City Medical Examiner’s Office as co-designer and developer of The World Trade Center Disaster Management System, the system that kept track of the human tragedy of 9/11.

And some of the morgue workers went so far to tell me to let them know if I ever need to make a body disappear. Imagine that!!

My great-uncle, Syd Cassyd, founded the Academy of Television Arts & Sciences and the Emmy Awards.